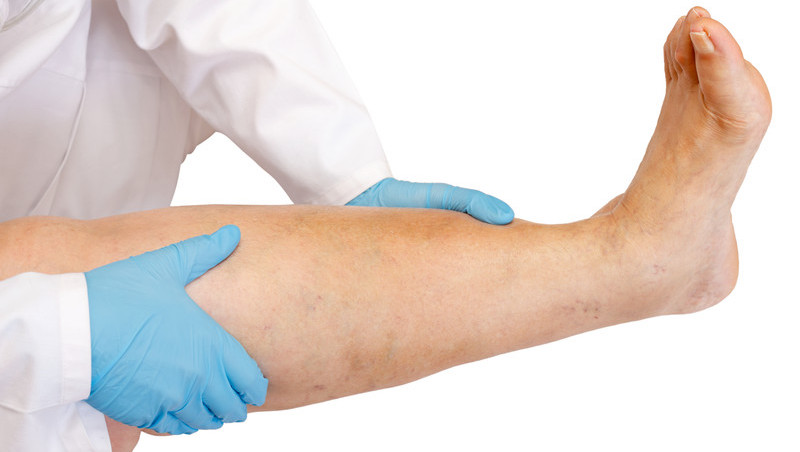 Electrical stimulation of the spinal cord is used for relief of neuropathic (nerve-related) pain and nociceptive pain. With peripheral vascular disease (PVD), there is ischemic pain related to decreased blood flow. Spinal cord stimulation (SCS) can effectively relieve the pain associated with PVD.

What is peripheral vascular disease?

How common is PVD?

According to recent statistics, PVD affects around 10-15% of the general population in the United States. Risk factors for vascular disease include diabetes, smoking, hypertension, high cholesterol, and being older than 40 years of age.

What type of pain is associated with PVD?

The pain of PVD is called neurogenic claudication, which is caused by walking or climbing stairs and relieved by bending or resting. With advanced disease, the vascular system has increased resistance, which means it cannot supply adequate blood to the muscles. This results in pain and ulcer formation.

How can a spinal cord stimulator implant relieve pain associated with PVD?

Is spinal cord stimulation effective for relieving symptoms of PVD?

How is a spinal cord stimulator implant procedure done?

When you arrive at the medical center, a nurse has you change into a gown and places an IV catheter in your arm for antibiotics, fluids, and anesthesia. The procedure is done using general anesthesia, so you will not feel any pain. After prepping the skin over the back, a small incision is made.

A needle device is used to insert the electrodes in the epidural space, near the spinal cord. Wires are threaded from the electrodes to the buttock or lower abdomen, where the stimulator is implanted. The surgeon makes a small incision and places the device under the skin. After connecting the wires to the device, you will be awoken and asked about the sensations from the electrical current. If the implant is working properly, the incisions are closed using sutures, and a bandage is applied.

What can I expect after the spinal cord stimulator implant procedure?

Immediately after the procedure, you will be monitored by a nurse in the recovery area for around 30 minutes. After being discharged home, you should rest for a few days and gradually return to usual activities. You should not drive for 4 weeks, avoid rigorous activities for 8 weeks, and do not raise your arms above your head. In addition, you cannot soak in a tub or pool until the sutures are removed.

Call us for a Complimentary Medical Record Review and Insurance Verification today!

See If You Are a Candidate!

Contact Us Today for a Complimentary Evaluation
1. Medical Record Review
2. Insurance Verification
See If You're A Candidate
3. We Arrange Treatment